what is qled display and how is it different from OLED

Do you know what this QLED is? If you have just gone to a shop or showroom to buy a TV, then QLED TV must have come in front of your eyes.

But just by looking at it, it is difficult to tell what differences have been brought in QLED technologies as compared to OLED. Because these technologies are often not much different in appearance.

Where QLED TV is a proprietary panel technology developed by Samsung for its top-tier televisions. By using a metallic quantum dot filter, QLED panels enhance color and contrast, thereby increasing the capability of HDR and 4K images compared to other non-quantum dot LCD-LEDs.

These OLED and QLED are often similar in appearance but there is a lot of difference in their technologies. That’s why today I thought that why you should not be provided complete information about what is QLED TV, so that you can also understand it better. At the same time, you can also choose the right TV for yourself.

Then without delay, let’s start and know what is this QLED in Hindi and how is it different from OLED.

The full form of QLED is Quantum Dot LED. Its name is because quantum dot technology has been used in this TV in an LED panel.
Quantum dot + LED = QLED.
By the way, this is not a new technology, but it is the fourth-generation quantum dot which was first introduced in Samsung’s TVs in 2015.
It has been launched to compete with existing OLED TV. In this Samsung says that superior technology has been used in QLED and it has more advantages as compared to OLED.
Also read-What is bitcoin mining ? How Bitcoin Mining is done.

What are the features of qled? What is qled display

Now let’s know more about the features of QLED.
1. The full form of QLED is Quantum dots Light Emitting Diode.
2. QLEDs are made from quantum dots which are tiny semiconductor crystals whose size ranges from 2 nm to 10 nm.
3. Quantum dots emit color light depending on the energy gap of the materials used in them and their size. The larger their dimension, the greater will be the wavelength of the emitted light.
4. Different semiconductor combinations are used in the manufacturing of quantum dots in which CdSe, CdS, PbSe, PbS, InAs, InP etc. are prominent.
5. QLEDs do not produce light on their own. Rather, QLEDs use the backlight unit for illumination. This light, which is emitted from the backlight, is passed through a series of plates, so that in the end an image is prepared.
6. The six layers that are used to create a color image are backlight panel, reflector, polarizing filter, TFT array, color filter glass, quantum dots color filter and polarizing filter.

What is QLED TV? What is qled display 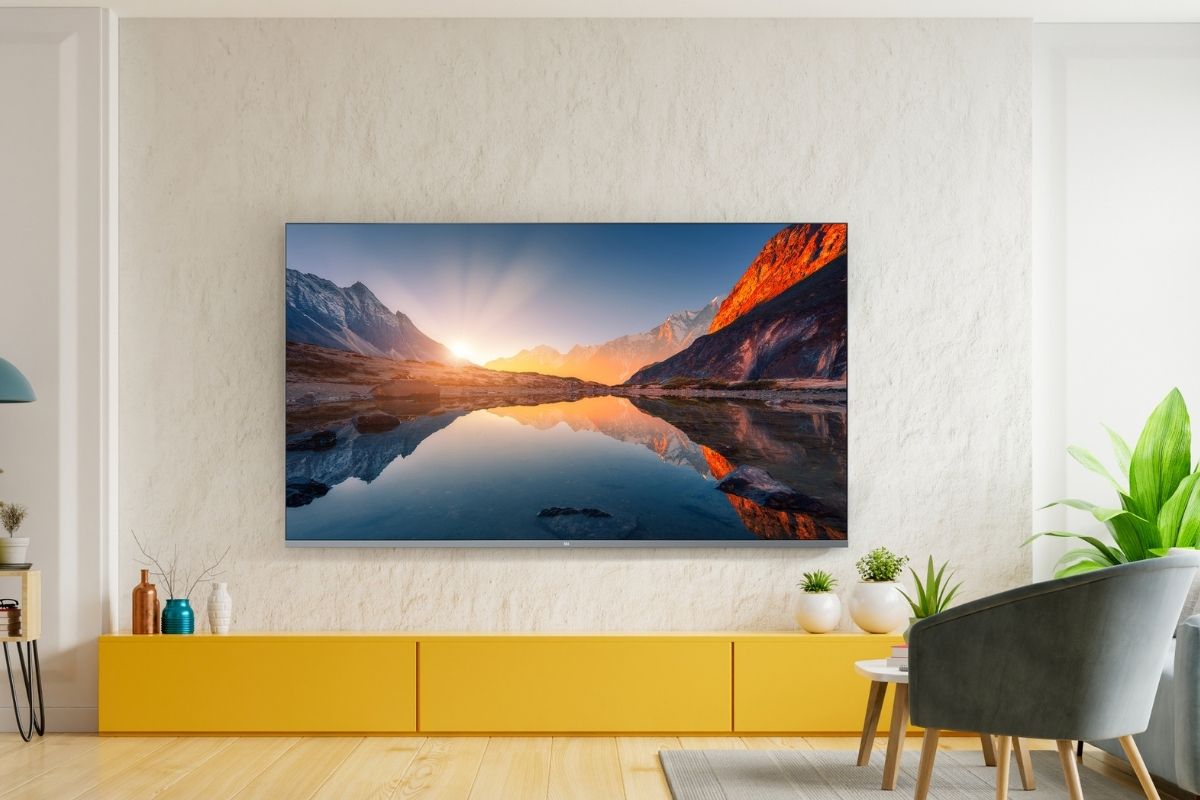 QLED TV uses such technology in which quantum dots produce pure color, that too by transferring LED light from quantum dot color filters.

What is QLED Technology? What is qled display

QLED technology provides quantum dots in a layer on top of the backlight that emit pure primary colors. This delivers improved brightness and simultaneously produces deeper colors, as well as limits the loss of light.
It offers sharper viewing angles that too by absorbing extra surroundings light.
QLED produces a higher peak brightness of 800-2000 nits (one unit for visible light intensity).
The advantage of this is that it provides superior color accuracy, while also increasing the brightness levels significantly, which produces sharper and vivid colors.

What are the Different Models of Samsung QLED TV?

How does qled work? What is qled display

Now let us know what is the technology behind QLED. If asked about the work of Quantum dot TV, then the quantum dots of a layer or film are placed in front of a regular LED backlight panel.
This layer is made up of tiny particles that emit their own individual color depending on their size (which is between 2 and 10 nanometers). Basically, the size of these particles dictates what will be the wavelength of the light that they emit, hence there are so many different colours.
According to Samsung, their quantum dots emit more than one billion colors.
Talking about the third-generation of Quantum Dot Tvs, they are called QLED, in which the particles have been changed, as it now uses a new metal alloy core and new metal alloy shell.
This enhancement not only enables better color accuracy but also enables color accuracy at its higher peak brightnesses.
This is the reason why the importance of QLED increases. Their ability to produce these colors which have higher brightness and provides better color volume than before.
Due to this feature, QLED proves itself better than OLED with its ability. It is also able to preserve the colors in their peak brightness which is not possible in the case of OLED. At the same time, this peak brightness is much higher than OLED.
This allows QLEDs to provide more visible colour, which is better able to deliver vibrant HDR content while simultaneously providing the viewer with an enhanced visual experience.

What is the difference between QLED and OLED?

difference between OLED and QLED in Hindi: Let us now know about the different features of these two display technologies such as contrast, viewing angle, brightness, and other performance, as well as know how they are different from each other. .

What are the Advantages of QLED?

Now let’s know about the advantages of QLED.

What are the disadvantages of QLED?